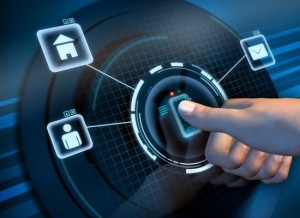 As of 2015, access control systems were set to adopt the identification of
mobile credentials as well as a wireless electronic lock. The other
developmental trend included the adoption of panels which are IP-enabled. In
this review, you shall find access systems that offer all these new features
plus others that make them a cut above the rest. Read on to see the best access
control systems in the market right now; 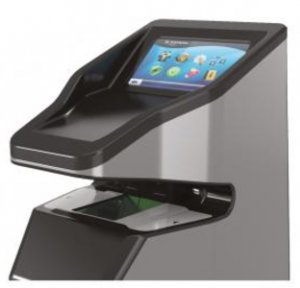 The fingerprint identification terminal is one of the best in its class. It
has been designed jointly by Bioscrypt and Morpho. It is designed to be applied
for both time and attendance monitoring as well as access control. It has no
less than 20 patents meant to master biometric identification and deliver
plenty other features such as videophone function, full set of contactless
technologies such as NFC IP65 and fast identification up to 1:100,000.

The battery-powered access control unit functions with Net2
technology and is a safe door handle bought ready to install using a C keyway
lock, but it also fits with an SFIC lock. It communicates wirelessly with the
Net2 server through the Net2Air Ethernet bridges thus allowing you to enjoy all
the benefits of a wireless access control system. It is just perfect for
internal doors since it has a self-contained source of power. Some of the
features of the access control system include reporting back events to the
server in real time, well-suited for Paxton and EM proximity tokens as well as
easy-charge AA batteries. 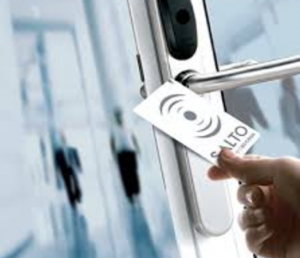 The XS4 Mini is small and stylish thanks to the aesthetic LED lighting. The
LED was not just put there for style; it also shows the door status. XS4 Mini
had its antenna redesigned so that it could read credentials much faster and
also covers the whole area above the handle so that it becomes harder to guess
where to present the credentials. The access control system is compatible with
Salto virtual network, Salto wireless network and all types of Salto hardware.
The bidirectional access control system is designed for compatibility with a
range of advanced technologies such as NFC and RFID varieties. The system also
uses a wireless portable programmer device (PPD) which communicates with the
XS4 Mini though NFC, and can also be integrated to other access control systems.

The hand-held card reader functions in combination with the CEM AC2000
access control system. The device has a
TFT touchscreen which is full color for displaying card holder photos, and also
comes with a stylus pen. The hand-sized system weighs a mere 550 grams and has
a robust memory capacity that can keep records for up to 200,000 cards and the
capacity for offline transaction events can record up to 8,000 transactions.
The system has a reader that uses 802.11g WiFi (with WPA2-AES encryption) or
connection through a USB 1.1cable.

The access control system is ideal for construction sites, temporary entry
gates and other off-site settings.

New access control systems are constantly being developed and it is only a
matter of time before a new range of features is introduced. As for now, the
ease of accessibility and diversified systems are working just fine.