Losing your car key can be a hassle and comes with a heavy guilt conscience if you lost them yourself. If there is no spare key that you can use the problem gets into the head and sometimes you panic and get annoyed wondering whether you will ever find them. When you lose your car keys sometimes you end up finding them in some of the awkward places you wouldn’t even mind looking. So what are some of the strangest places you could lose your car keys? These replacement car key specialists in Las Vegas came up with some the weirdest of places you could lose your keys.

On The Roof Of A Car 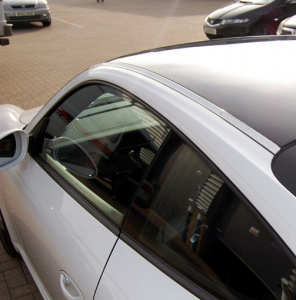 We have all done it, though this may sound like the most obvious of places, sometimes when you come in from the work or from the grocery store, after opening the door you place the keys on the roof of the car to get the groceries or your suit case from the car boot and when you are done, you enter the house only to remember a few minutes before work that you car keys are not in your pocket or your purse.

Before you break up you may have a long heated argument with your Ex- girlfriend/boyfriend and you end up storming out of the house swearing with all your might you never want to see them again. Moments later when you need a ride you realize you left them at you ex’s house. This makes it awkward and you don’t know whether to call them or have the guts and confront them. What a strange place to lose your car keys?

This is every car owner’s nastiest nightmare it’s the last situation you could ever wish to get stranded in as a result of losing your car keys. The moment the keys fall into a public toilet at McDonald’s or somewhere similar, the first things that comes to mind are shock and panic you are stuck between dipping your hand and reaching the car keys; risking the contraction of a horrible disease or flushing the toilet and end up with 0% chances of ever getting the keys.

This has happened to most people, one member of the family or a friend heads to go out for a vacation or a party leaving the rest of the family members or friends searching up and down for the lost’ keys. The source of error is mostly from a dumb mistake on a family member or on a friend’s part. Though this is not a complete lose of the keys the chances of ever finding them in the house are closer to none.

Clubs are be a dark at night and during the day, when you head out for a party or clubbing with your car keys and you accidentally drop them on the floor of a dark club with all the people moving around, it’s hard to find the keys as they may be kicked around by people and before you get to the DJ it might be too late.

It is known to happen to some people. After trying out some attire, people forget their keys in the changing room and when they get to the car to go somewhere else they realize they don’t have the keys. Changing rooms like the ones at Kohl’s can be hard to monitor, you cannot really know who took the keys since there are no security cameras in the changing rooms. This makes it one of the strangest places to lose your keys.

The other common places especially for the ladies are their gigantic purses. The surveyed individuals admitted to have placed the keys in the huge purses and when they needed them, it took some time before they could find the keys in their own purses. A key is a small object, so it’s not surprising to find a woman without a small pocket struggling to find the key in a large purse or claiming to have lost them due to the difficulty of finding them.
All in all losing your keys in not fun. You keep looking up and down and get stressed on how you are going to commute to the places you are needed urgently. Losing your keys is normal as most people end up misplacing their keys in some of the strangest places.